WPC (Wood Plastic Composites) means “wood-plastic composite” in Latvian. Wood-plastic composites are a subgroup of natural fiber composites (NFC) or bioplastics. Natural fiber composite materials are materials in which the proportion of natural fibers is at least 20%. Natural fibers such as wood, hemp, flax, grain hulls, etc. performs the function of filler and reinforcement, while their bonding is provided by polymer binders, such as PE, PP, PVC, biopolymers (PLA, etc.), duropolymers, or other types of plastics. 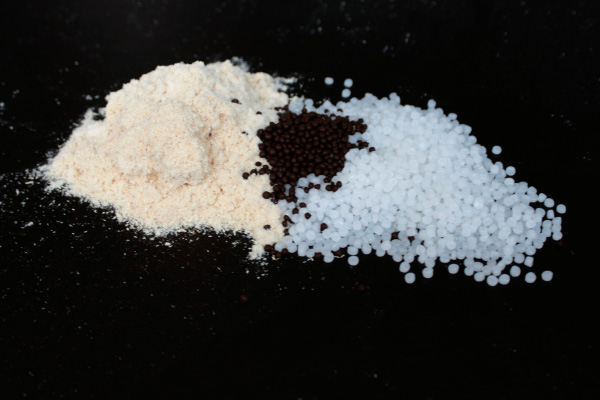 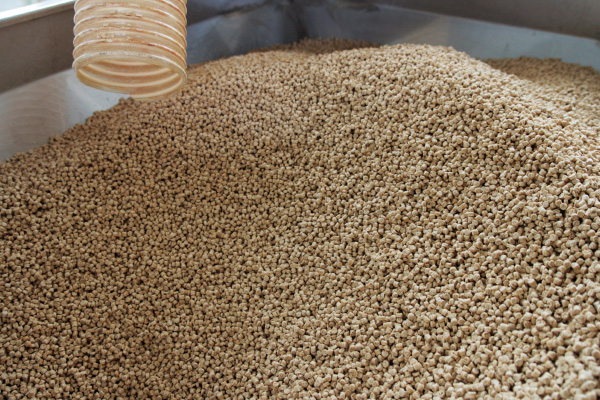 The impetus for the spread of wood-plastic composite materials was given by the oil crisis of the seventies of the 20th century, and the origins of the product can be traced back to the USA, when this material was accidentally created by recycling waste. Accordingly, the first developments obtained were more of an accident than a planned operation. Further development of these materials was driven by the ideology of reducing the amount of plastic used daily, replacing it with wood fiber. However, the production technologies of that time did not allow to achieve the intended result and these products spent the next twenty years only in scientific institutions. Commercial use of WPC materials was found in the USA only in the 1990s, when outdoor decoration boards began to be produced. Since then, the popularity has grown rapidly.

This material entered Europe in the late 1990s, and spent the first five years in scientific institutes, where research and improvement of the material continued, since the solutions developed in the United States were not good enough to be distributed in Western Europe. Initially, Europe had a negative experience with WPC materials. For example, in the 1990s, WPC boards were tried to replace chipboard, but it failed because WPC boards were heavier and more expensive, and thus did not gain market support. Thus, commercial application of WPC in Europe only started after the turn of the millennium. Around the year 2000, the positioning of WPC in the outdoor segment was started, in the form of terrace and cladding boards. In the beginning, the quality of the products was not as desired, but with the gradual improvement of production technologies, since about 2005, really high-quality products have been available on the market. Every year, WPC products are increasingly used.

The main advantage of today’s WPC is the synergy of wood and polymer – many parameters of WPC surpass those of pure wood or plastic. Currently, the latest generation of WPC products are being developed using modified wood, free of moisture-susceptible components. It is believed that WPC products could replace wood, plastic and aluminum in the future.